This is the code behind the bot I built, del bot! Some notable servers it is being used in are:

I built this bot for fun to learn more about discord.js and axios!

If you want to use this bot for your server message me on discord: del#8527

(If you try to verify with an account that is not your own!)

When the user types in their username, it is saved as a an array which must be turned into a string (const playerName).

axios is used to interact with Hypixel API 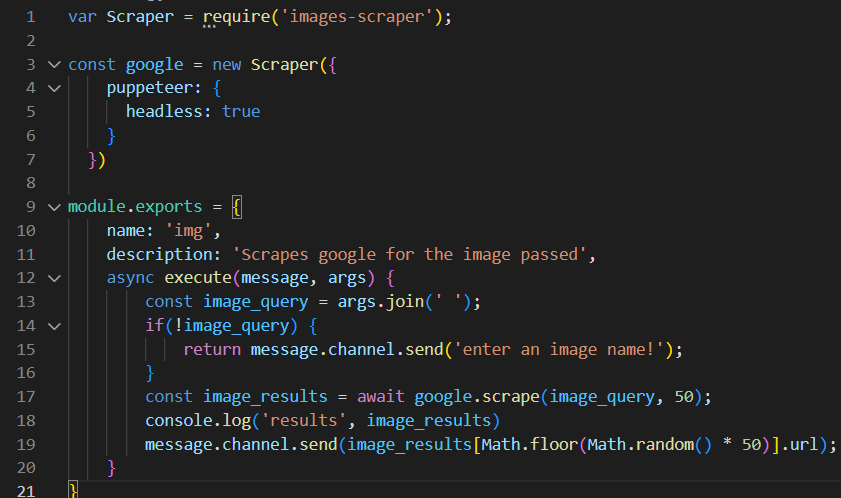 The code for scraping google images for the argument passed!