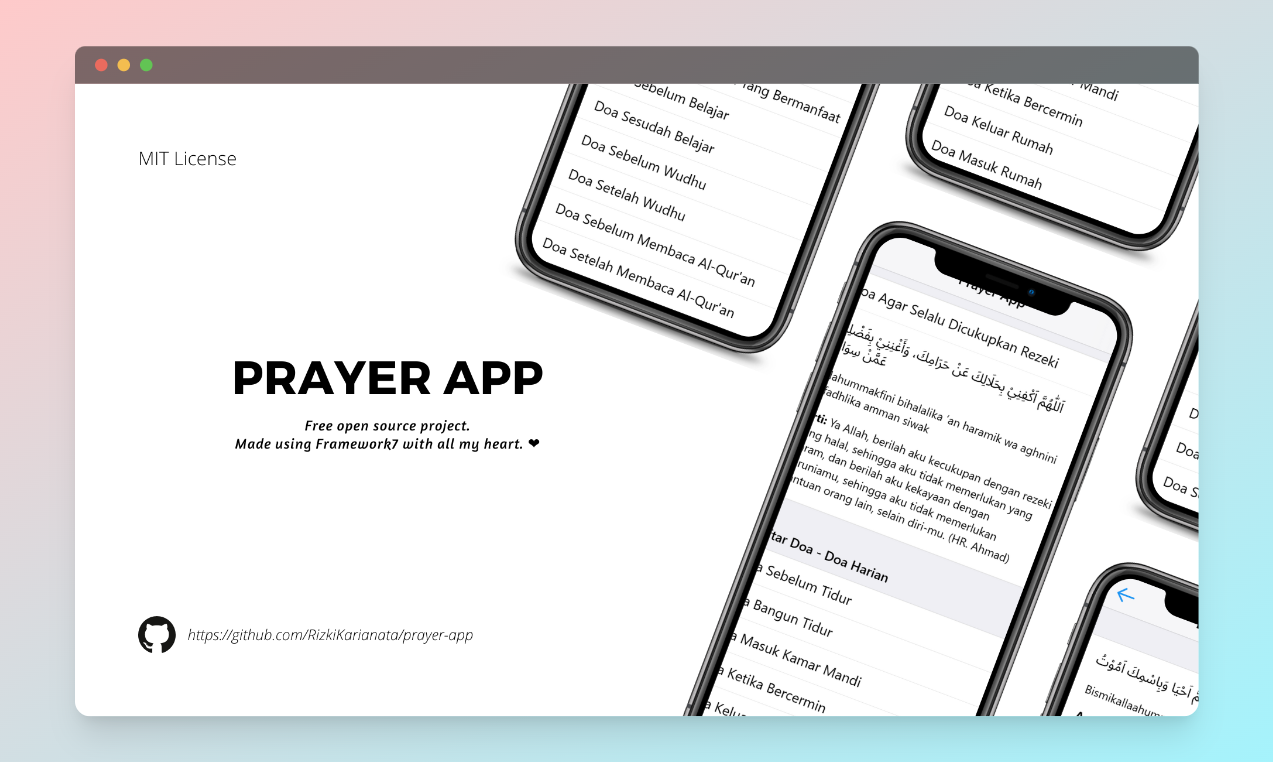 Prayer App is an application that is used to display various collections of daily prayers. Built using Framework7. 💖

Using the built-in ready to use from the release (Recommended)

Download the latest project release from the Release Page. Open the Prayer App project folder using a terminal and type npm run dev. To explore the source code you can use a text editor such as Visual Studio Code.

I really appreciate contributions, issues and feature requests because this application is far from perfect. Feel free to Pull Request and make changes to this project.

Since this is an open source project I finished it myself. There may be many features or things that could be improved or added. So I really appreciate your help.

Make sure to not commit generated files from your dist folder. All changes need to be made in the source files located in the src folder.

Always run a build and test the results before committing.

Love Prayer App? Support this project by donating or sharing with others in need.

Made with ❤️ Rizki Karianata