Choose the option to create a sample project. Say yes to everything.

Cool, now we should have Hardhat. Let’s get a sample project going. Run: 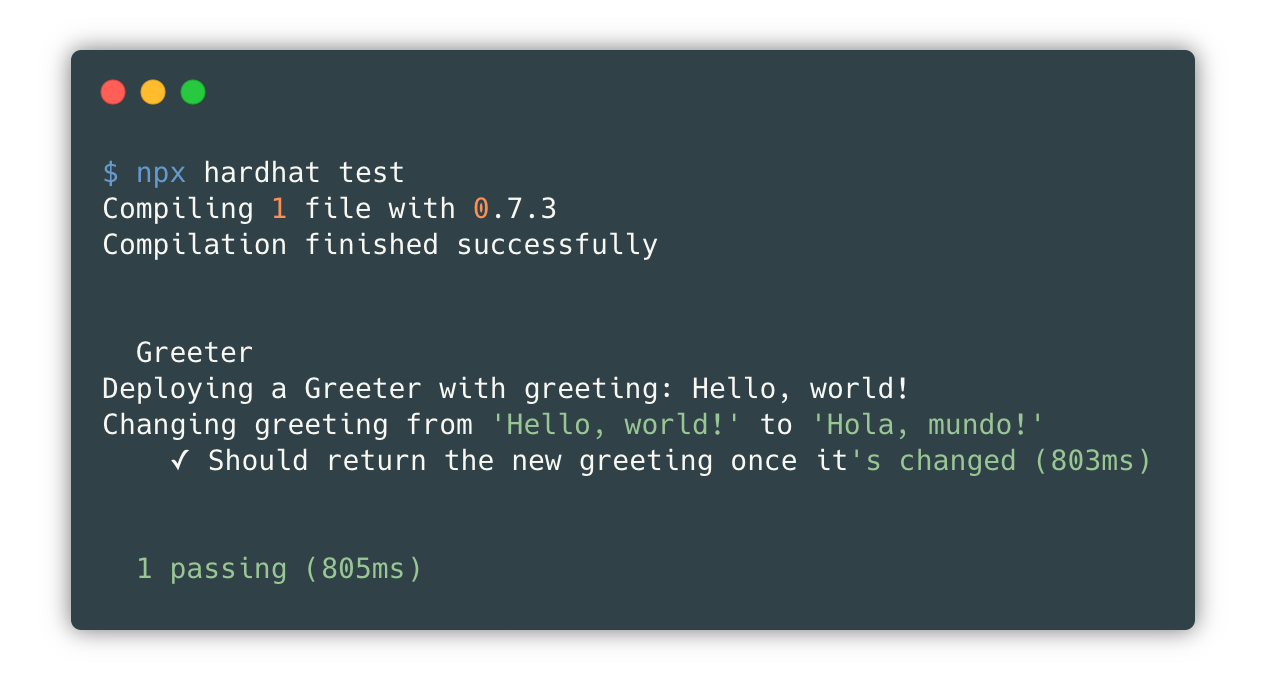 Run the contract with the scripts in /scripts

Note: hardhat always creates a new ethereum blockchain and destroys it once the script is complete and it does this for every contracs. Its good as its like refereshing the server which helps in debugging the errors fast

Head to your terminal and create a new window. In this window, cd back to your my-wave-portal project. Then, in here go ahead and run

Open another terminal and run

Check the first terminal where we created the local blockchain